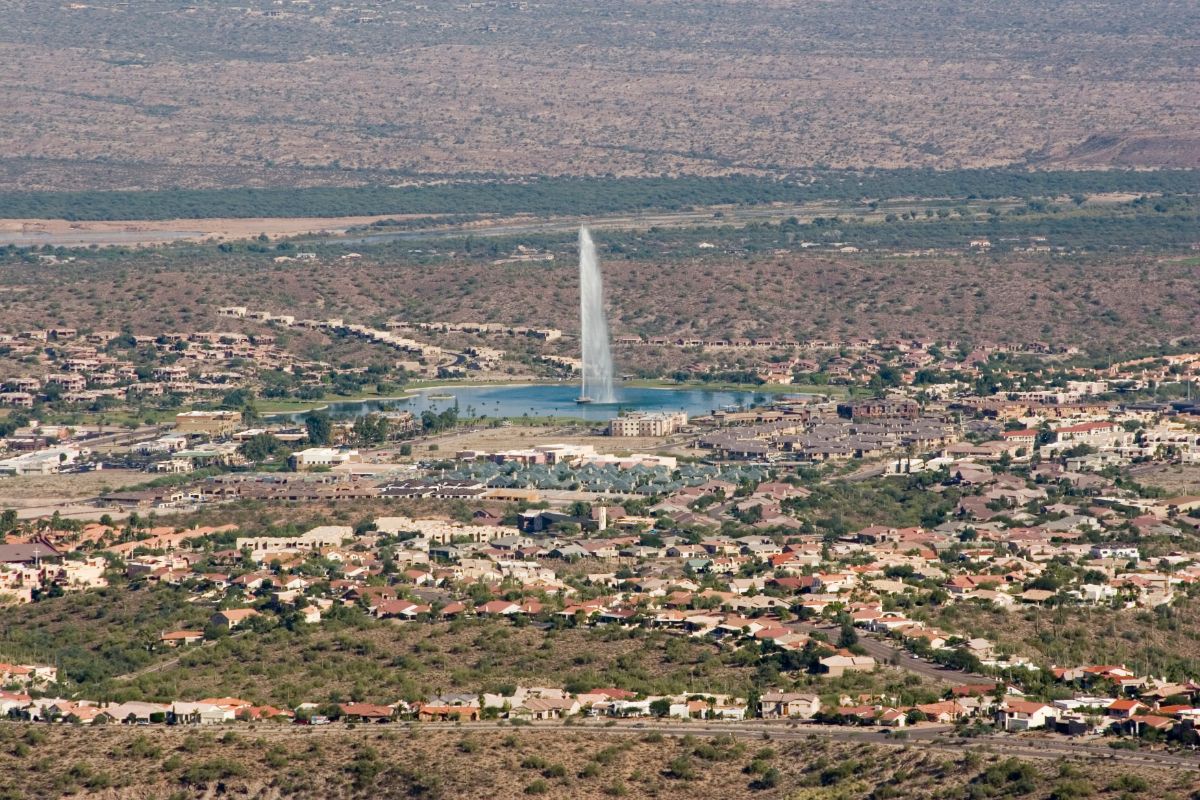 Fountain Hills, Arizona, is north of the 202 and east of the 101 and is situated next to the breathtaking vistas of McDowell Mountain. This East Valley town is known for its namesake, a tall stream water fountain that ejects a stream of water up to 560 feet in the air, and for being one of Arizona?s treasured dark-sky communities. Soon this northeastern Maricopa County community may also have another claim to fame?being home to the Valley?s largest telescope and the International Dark-Sky Discovery Center. Here is more on an $18 million discovery project proposed for Fountain Hills.

In mid-January, the International Dark-Sky Discovery Center (IDSDC) launched an $18 million capital campaign to develop a new astronomy science facility in Fountain Hills. The new center will include a planetarium, an immersion zone with exhibits, and a first-class domed observatory that will house the largest telescope in the Valley. The IDSDC will provide STEM education opportunities for students and multiple learning modules for the community. ?One of its most exciting features will be the telescope.

In a recent press release, Ted Blank, IDSDC vice president, and NASA solar system ambassador said, “Our Dark Sky Observatory will have the largest telescope in the Greater Phoenix area.? Blank also commented that “We will offer public viewing to present breathtaking views of the moon, planets, nebula, galaxies, and other stellar objects.”

The IDSDC has instituted a private fundraising campaign to build the 15,000-square-foot, non-profit facility. Joe Bill, IDSDC president, commented that “By inspiring individuals and organizations to fund this exciting endeavor, we will fulfill IDSDC’s vision to inspire, educate, and stir imaginations to cultivate a greater understanding of our dark skies, our planet, and the universe.?

In 2018, Fountain Hills was designated as the seventeenth Dark Sky Community in the world by the International Dark-Sky Association. IDSDC President Joe Bill commented, ?We started working on this five years ago when we started working to get Fountain Hills designated as a dark sky community.” He went on to say that in developing the center, ?We thought we could do more, and build a facility that would be like no other.?

According to the IDCDC?s website, Fountain Hills was chosen as an ideal location for the planned facility. The executive summary of the project states, ?With the added rare distinction of being near a metropolitan area, this prestigious award generated widespread publicity nationally and in many parts of the world. The facility will be located in the Town Center to maximize synergistic opportunities with the surrounding adjacent institutions such as the River of Time Museum, Fountain Hills Library, Community Center, Community Garden, and Town Hall. Important to note is that the Town of Fountain Hills has added at least $2 million of value to this project by committing, for a nominal fee, prime Town property with adequate parking, lighting, and infrastructure.?

The new center will be working collaboratively with local universities, including Arizona State University. ASU President Dr. Michael Crow said of the project that “Arizona State University looks forward to developing a collaborative relationship with the International Dark-Sky Discovery Center.” Local industries are also looking forward to forming a relationship with the IDSDC. Chris Camacho, President of the Greater Phoenix Economic Council, commented that “Science-based education is important to the continued development of the state’s high-tech industry,” and that the “The International Dark-Sky Discovery Center will be a unique regional asset, providing an incredible platform for STEM education and workforce development.”

The town has agreed to lease the necessary land near Centennial Circle to the center for the project’s development. Once the IDSDC raises funds needed for development, the project is expected to take between 18 and 24 months to complete.