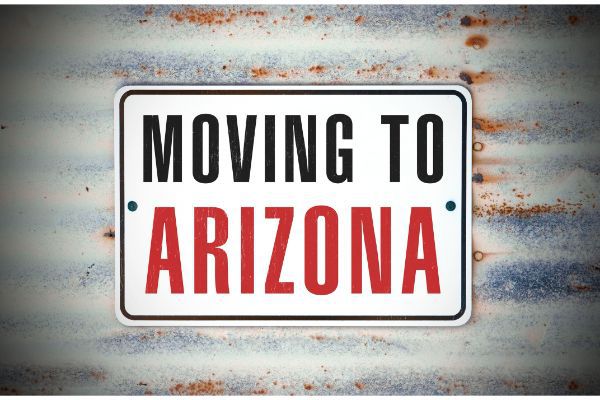 Arizona is reportedly the fastest-growing state in the nation. Over the last eight years, approximately750,000 people have moved to the state. At the same time, housing has become scarce and cost-prohibitive for many citizens. Although numerous factors could be contributing to the rising numbers of new residents and the competitive housing market, these conditions raise the question: Are out-of-state transplants driving Arizona’s population growth and housing demand?

The Midwest and Western Migration

An estimated 200 people move to the Phoenix area every day. With housing costs reaching an all-time-high in places such as Metro Phoenix, finding an affordable property is becoming increasingly difficult. A review of US Census Bureau data reveals that 68% of all Arizona residents were born outside of the state, and a substantial number of whom hail from the Midwest and the Western United States. Last year alone, California lost over six hundred thousand citizens who chose to move to other states. Approximately 68,000 of those leaving California moved into Arizona.

Reasons for the Migration

There could be several reasons for out-of-state residents to come to Arizona. Some report that the lower costs of living and taxes are attractive. Others may be coming here for job opportunities or retirement living. Last year, the US Tax Code underwent some of the most substantial changes in its history. One of which was to limit state and local tax deductions or the “Salt Tax” to $10,000.00. For some residents from high property and personal tax states, this change increased their tax burdens by thousands of dollars. Since the change, many residents with significant wealth have been migrating into more favorable tax states. This may have been a motivating factor for some recent Arizona transplants.

As more and more people move into the state, the housing supply is dwindling. Simply put, the higher the demand, the more a seller can charge a buyer. A buyer coming in from a more expensive state may have sold their property for far more than they would have to pay in Arizona. This buyer may be able to afford Arizona real estate prices easily and can pay cash for a home. Cash buyers are often able to beat out more standard competitor bids. As the demand has driven Arizona home prices up, investors have noticed and begun buying properties as well. This activity can make it tougher for first-time homebuyers or those with limited means to buy Arizona property, especially in places like Maricopa County. A recent article reports that the number of investors buying Phoenix-area homes mainly to rent them out to others is increasing.

It seems clear that out-of-state transplants are contributing to the housing shortage. Further, those buyers who are willing and able to pay higher prices are contributing to increased housing costs. However, a broader issue is the fact that Arizona incomes are not keeping pace with the cost of living. Places such as Austin, Texas, and San Jose, California, report similar problems. Growth and development are good for the state. Still, it seems evident that local communities are going to need to help narrow the gap for some citizens to afford housing.

Laura B. Bramnick is an experienced Arizona real estate attorney who has the expertise to assist you with all of your real estate needs. If you are seeking an exceptional, client-driven real estate lawyer in Scottsdale, Phoenix, Sedona, and throughout the State of Arizona, contact Laura B. Bramnick to schedule your consultation.

Previous Post
Want to Move to Phoenix? Here is What to Expect
Next Post
Affordable Housing Developments in Maricopa County