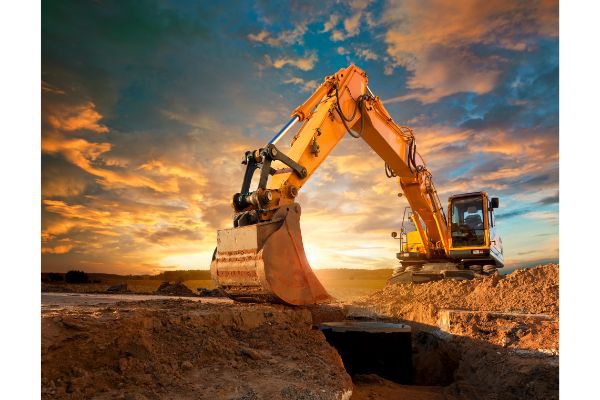 According to a recent report, Phoenix is the 11th largest metropolitan city and the 9th largest industrial market in the U.S. The area has also seen unprecedented population growth in the past few years. Given the Valley’s critical location and role in the industrial market, it’s not surprising that communities like Chandler are seeing more commercial expansion.

Last year, PCCP, LLC, announced that it had formed a joint venture with Canadian commercial real estate developer Hopewell Development to build three Class A industrial buildings totaling 245,418 square feet in the Southwest Valley of Phoenix, AZ. The two buildings will be located on 67th Avenue and 43rd Avenue, just over five miles from one another. The properties will have direct frontage to an intersection, multiple access points, and convenient freeway access to both I-10 and Loop 202.

In March of 2020, it was reported that Hopewell Development requested “preliminary plat approval for site layout and building architecture for the development of the two industrial buildings with office use at Germann Road and Northrop Boulevard in Chandler.”

It was recently reported that Hopewell Development secured $12 million in construction financing to move forward with the Chandler project. It’s anticipated that project development will begin in the fall of 2021.

Amazon is Expanding in Chandler This Year

Online retailer Amazon.com has continued to expand during the pandemic, and it is going forward with plans to expand in Chandler this year. Amazon has announced that it is opening a “delivery station” in an industrial warehouse on Nevada Street. Amazon’s reported 164,486 square feet lease of the Nevada Street space represents a significant commercial investment. Amazon’s recent investment in Chandler is an example of the increasingly important role of online commerce in the Phoenix-area commercial market.

The Chandler Industrial Market Has Seen Significant Activity This Year

In May, it was reported that Phoenix-based DPMG Galveston LLC completed a $2,050,000 purchase of 6.5 acres in Chandler for a mixed-use industrial development. The Chandler Corporate Industrial Center II project will be located at Galveston Street and McClintock Drive. Plans for the Center are underway, and project completion is expected in mid to late 2021.

In July, industrial real estate acquisition and development firm Westcore, acquired a 164,486-square-foot, Class A industrial warehouse on 16.5 acres of land on Chandler’s Nevada Street. The $38 million purchase was reported to include a warehouse that is already fully leased to a leading global e-commerce company.

In early July, the Chandler Pavilion Shopping Center was acquired by Phoenix-based real estate firm Evergreen Devco. Built in 1998, Chandler Pavilion includes 163,594 square feet of retail space and has tenants such as Bed Bath & Beyond, REI, Golf Galaxy, and Cost Plus World Market.