Is Phoenix the Next Tech Hub? 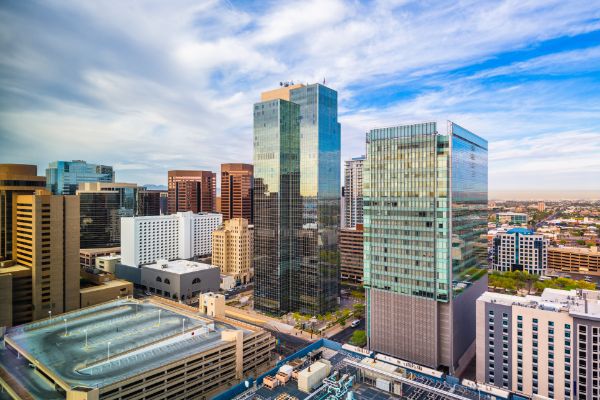 Over the past few decades, the information and technology industry has created some of the most powerful and influential companies in the world. When one or more of these corporations decides to set up operations in a city, others often follow, creating a technology epicenter, or “tech hub.” Recent signs point to Phoenix becoming the next major urban technology base. So, is Phoenix the next tech hub?

The Greater Phoenix Economic Council (GPEC) is a ?regional economic development organization? that was established in 1989 and, according to its website, works with 22 member communities, Maricopa County and more than 160 private investors to accomplish its mission of attracting and growing quality businesses in the area.

GPEC?s efforts appear to be paying off. According to a recent report, GPEC?s work was instrumental in attracting major employers such as Front, a high-growth tech company who will be bringing 50 jobs into Greater Phoenix this year, and banking company Verdigris who will set up its corporate headquarters in Arizona and intends to bring more than ?210 well-compensated jobs to the Greater Phoenix area.? Creighton University also announced plans to build a new, nearly $100 million health sciences campus at Park Central in midtown Phoenix. Online real estate giant Zillow.com now has a new Greater Phoenix office that is the southwest hub of its operations.

Outside of Phoenix, the Loop 303 Corridor has seen developments with Infosys, Nike’s new Air Manufacturing Innovation facility in Goodyear, which is expected to create more than 500 full-time jobs. El Mirage and Goodyear have also welcomed the construction of three Microsoft data centers that will create 110 new jobs.

From 2017 to 2018, an average of 25,288 new residents moved into Greater Phoenix, and the numbers continue to climb. There is also a significant number of millennial citizens in the area who have the skills and training to meet the needs of the technology industry. Further, Phoenix has numerous universities. According to a recent article, there are more than 300,000 students attending one of the numerous educational institutions in metro Phoenix, including Arizona State University, which was named as the No. 1 Most Innovative School in America two years in a row by U.S. News & World Report. Phoenix is also home to Maricopa Community Colleges, one of the largest community college systems in the country, with more than 265,000 students. Many of these students are expected to graduate with marketable skills that are translatable to the technology market.

As Phoenix?s economy continues to thrive, and it follows the path towards technology-based employers, it?s expected that this industry is only going to become more of a visible presence in the tech community. With these developments, it?s understandable why many see Phoenix as being well on its way towards becoming the next major US tech hub.

Attorney Laura B. Bramnick is an experienced Arizona real estate attorney who has the expertise to help you with all of your real estate needs in the Greater Phoenix area.? If you are seeking an exceptional, client-driven real estate lawyer in Scottsdale, Phoenix, Sedona, and throughout the State of Arizona, contact Laura B. Bramnick to schedule your consultation.

Previous Post
Glendale?s Restaurant and Entertainment Scene
Next Post
Is 2020 the Year to Sell or Buy in Phoenix?