Is the Phoenix Turning into Denver? 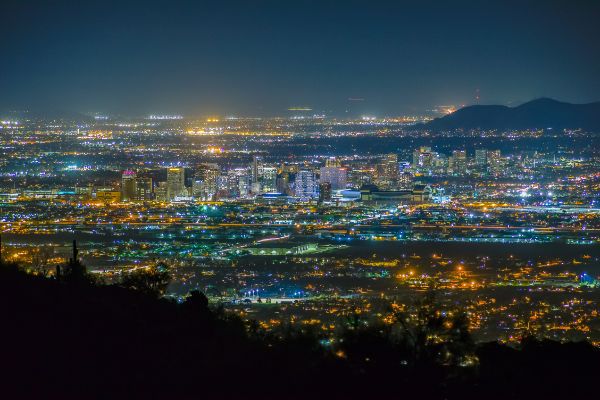 Last year, the Valley of the Sun experienced unprecedented population growth and impressive commercial development. With all of its recent success, the fifth-most populous city in the country has seen a sharp increase in area rents and home prices that are similar to those seen lately in Denver, Colorado. These changes raise the question: Is Phoenix turning into Denver?

What is Happening in Denver, Colorado?

Like Phoenix, Denver, Colorado, has experienced considerable commercial growth in recent years. Several San Francisco technology companies have set up operations there, creating jobs and increasing real estate values. According to a recent report, the migration of tech industry companies into Denver continues. With this sudden activity, Denver has also developed severe affordable housing and traffic problems. By some accounts, this community was not prepared for its success, and is now suffering the consequences.

Is Phoenix Becoming the New Denver?

The Phoenix residential and commercial real estate markets are thriving, and it has become an attractive destination for California-based tech businesses to relocate their operations. Tech interests in the area appear to be on the rise, and with the strong university presence in the area, companies will not have to go far to find the right employees. Further, the #CAStruggles Campaign appears to be working in its efforts to entice California residents and companies to relocate to the Valley of the Sun. These developments have been the product of several different initiatives designed to draw technology employers into the area. This work appears to be paying off, and Phoenix may be well on its way to becoming the next tech hub.

The Future of Phoenix

The tech boom has the potential to bring new jobs and millions of dollars in revenue into the area and to create a culture of innovation in Phoenix. However, this growth can also bring many of the same challenges faced by Denver.

Affordable housing has already become an issue for many Phoenix residents. Fortunately, traffic has not reached the level of problems like those experienced in other tech cities such as Denver or Austin, Texas. Still, if citizens cannot afford to buy in the metro areas and have to commute into the city to work, congestion could become a problem. Ideally, city planners will be able to develop solutions to these and other issues before they become unmanageable.

Laura B. Bramnick is an experienced Arizona real estate attorney with the expertise you need to understand every stage of your Phoenix real estate transaction. If you are seeking an outstanding, client-driven real estate lawyer in Scottsdale, Phoenix, Sedona, and throughout the State of Arizona, contact Laura B. Bramnick to schedule your consultation.

Previous Post
Is 2020 the Year to Sell or Buy in Phoenix?
Next Post
Are Tucson Rents Rising Too High?