Scottsdale is Getting a $450 Million Entertainment District 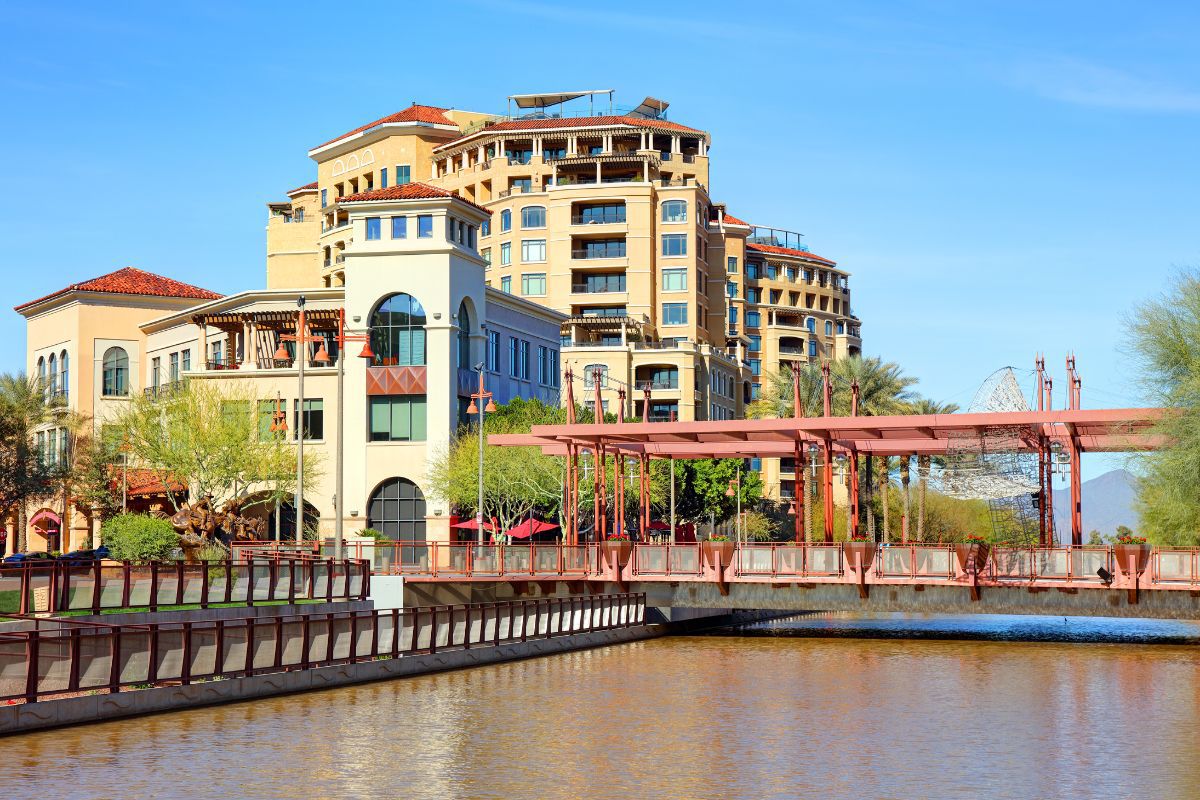 A new entertainment redevelopment project will soon be underway in downtown Scottsdale. Developers have been in discussion with city leaders about implementing improvements to the city’s downtown district. The city council recently approved the proposed plan, and now Scottsdale is getting a $450 million entertainment district.

Recently, Los Angeles real estate developers and brothers Shawn and Steven Yari proposed?the Scottsdale Collection?a mixed-use office, residential, and retail project to be developed in Scottdale’s entertainment district. ?The brothers own several properties in the area, including the W Hotel, Galleria Corporate Centre, and about 26 acres in the entertainment district.

The Scottsdale Collection is centered around adding maturity to the entertainment district and diversifying the area beyond clubs and bars. In a recent article, Shawn Yari commented that the Scottsdale Collective “isn’t a blank canvas. This is a successful entertainment area in downtown Scottsdale.” He went on to say that “The opportunity is piece by piece, time to time, there’ll be a piece of that canvas available for me to develop.”

The project was reportedly inspired by community art events like Canal Convergence and Scottsdazzle. Shawn Yari emphasized that art will be a significant component of the project. The Yari brothers brought in a former director of Scottsdale Public Art as a consultant on the project. Shawn said the development’s size would result in substantial funds to use towards the art project. According to a recent article, the project team noted that “the art could include wayfinding projects as well as iconic tourist attractions similar to the Love sculpture in downtown Scottsdale.”

Project plans include 10.25 acres of land, 580,451 square feet of commercial space, and 512 residential units. The development site is next to where Stockdale is already developing the Marquee office building at Scottsdale Road and Shoeman Lane.

The Scottsdale Collection is expected to cost $450 million to develop. Plans for the project include demolishing the Dakota nightclub, but no tenants will be removed from their locations. Much of the redevelopment plans include developing new lifestyle hotels in addition to existing restaurants and clubs, including the Maya Day and Night Club and Mint Night Club.

The first phase of construction could begin in the summer of 2021.