What Happens During Real Estate Arbitration? 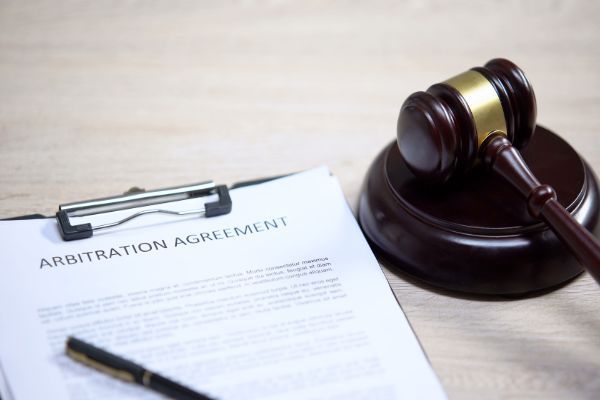 Today the term ?arbitration clause? is commonly used as we make routine purchases and set up services for our businesses and homes. Often, if we want to use, buy, or lease something, our only choice is to check or initial a box agreeing to submit to arbitration if we have a later dispute with a seller or provider. However, there can also be times when parties decide it?s better to go through arbitration rather than have a full trial to resolve a conflict. If you disagree about a real estate matter, you will want to know: What happens during a real estate arbitration?

One common misconception is that arbitration and mediation are synonymous. Mediation is when two parties meet with a neutral third-party mediator in an attempt to reach an agreement. The parties don’t have to agree during mediation and can decide to go to trial if the process fails. By contrast, arbitration is more like a less formal version of a trial. There is an arbitrator, or decision-maker, who will hear evidence from both sides and make a legally-binding decision. In many cases, the decision is final and not appealable.

The parties can choose an arbitrator, or the court may appoint one. In an ordinary (non-compulsory) arbitration, the arbitrator may or may not be a lawyer. Depending on the type of real estate dispute, it may make more sense for the arbitrator to be an architect, realtor, or construction contractor. There may be one arbitrator, but sometimes there can be a panel of three. Under the law, an arbitrator has the power to issue subpoenas ?for the attendance of witnesses and for the production of books, records, documents, and other evidence, and shall have the power to administer oaths.?? The arbitrator may also allow depositions to be taken of witnesses who cannot be present for the hearing.

The parties and arbitrator can agree to a time and place for the hearing. Otherwise, the arbitrator will send notice of the time and location to each side by personal service or registered mail beforehand. The location is usually a conference or meeting room, and attorneys can represent both sides. All witnesses will be sworn in and questioned just as in an ordinary trial. Both sides can cross-examine and put on their own evidence. The rules of evidence and civil procedure are not strictly applied as they would be in a traditional court proceeding.

Like a trial, arbitration can last hours, days, or weeks, depending on the complexity of the issues involved. For example, for a basic landlord-tenant problem, the process might take three hours. However, a complicated commercial lease dispute may last weeks.

The Arbitration Award Is Final

After hearing evidence from both sides, the arbitrator will make a final award, which will also include his or her fees for conducting the arbitration. The parties are responsible for paying the arbitrator’s fees. If there is more than one arbitrator, the majority may determine any question and render the final award.

The arbitrator?s award is final and, except for a few rare circumstances, there cannot be an appeal. However, the law does provide ways to oppose an award if you believe it has been unfairly decided. However, as mentioned above, in court-mandated arbitrations, parties can appeal the award.