Why is Metro Phoenix Becoming a Top Market for Industrial Real Estate? 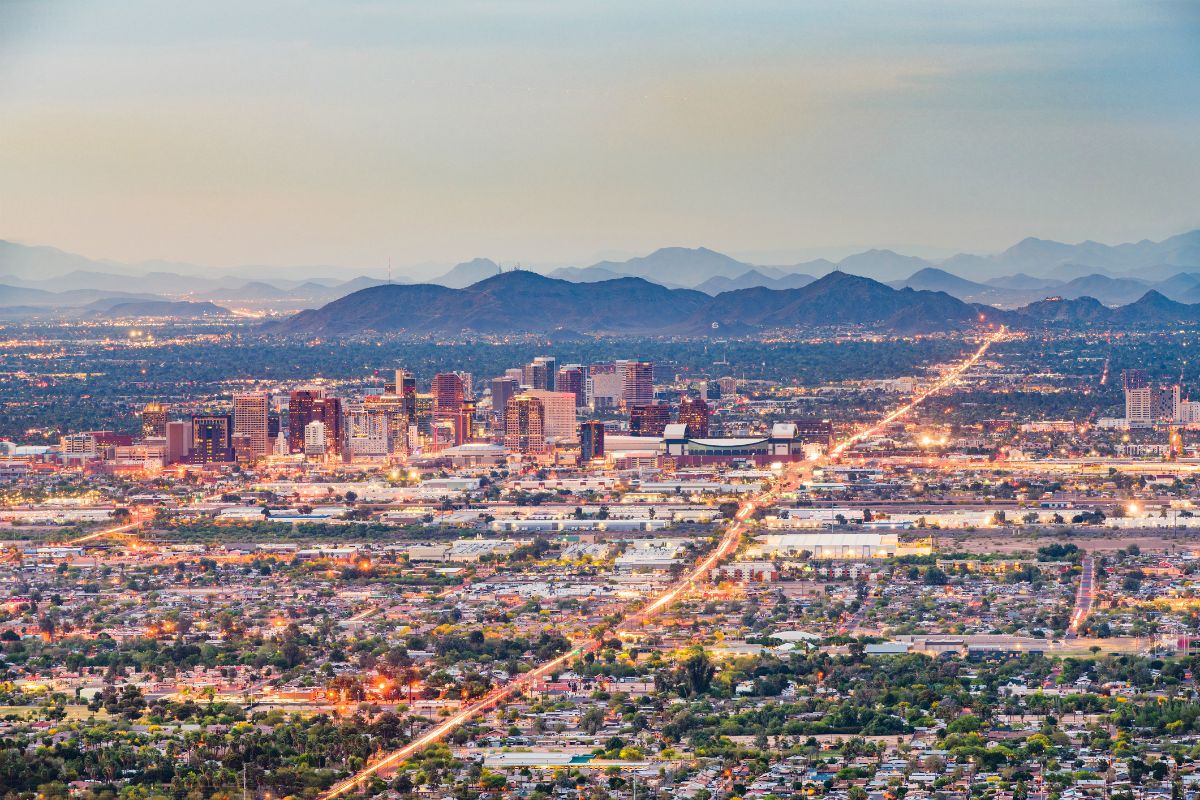 According to a recent report, 11.8 million square feet of industrial development is underway in the Phoenix area. This represents 3.2 percent of the market?s existing inventory, ranking Phoenix among the top 10 industrial markets for construction. Additionally, developers are expected to deliver 14.8 million square feet of industrial space this year, which is more than twice the supply from 2019.

The Shift to E-Commerce

Retail construction has seen a sharp decline since the U.S. outbreak of COVID-19. However, the e-commerce market has experienced marked increases in demand as more consumers are buying products online. The shift has driven the industrial real estate market by increasing the demand for distribution centers, warehouses, and data centers to support online sales.

Metro Phoenix is also an ideal place to provide e-commerce services because of its location and proximity to consumers and the supply chain. The Valley is located a day?s driving distance of approximately 35 million people, making it an ideal base of operations for retailer supply and distribution sites.

Lower Taxes for Businesses and Employees

?Arizona has made concerted efforts to attract significant business interests into the state. One of the main draws is lower income taxes. In a recent article, Tony Lydon, managing director of JLL, a commercial real estate services company, said, ?Many of our occupants and operators come to Arizona because they know we can save them 30 to 40 percent in operating costs than if they go to some of the higher tax, higher regulated states in the region; that?s a big advantage for us,? said. Additionally, when compared to major cities in states like California and New York, Metro Phoenix also has more affordable housing. The city offers desirable living spaces and has commercial buildings that serve employers? needs.

Metro Phoenix has continued to attract new residents despite the pandemic. Further, there are several universities in the area that offer programs that relate to several aspects of industrial development. The area?s growing population has the potential to provide employers with a strong applicant pool at every position level.

In August, Merit Partners, which was behind building a significant portion of Glendale’s Red Bull and White Claw facilities, acquired a $1.5 billion piece of property for a logistics park development in the city. The new development will be called Camelback 303 and will be a new addition to Glendale?s growing ?New Frontier? along the Loop 303 Corridor.

According to Kevin Czerwinski, president, and principal of Merit Partners, the company is currently developing 7.5 million square feet of in build to suit and speculative projects with a value of about $650 million. Merit reportedly has five developments under construction that will total approximately 3.6 million square feet at a $500 million value. Most of these projects will be along the 303 Corridor.

The growth along the Loop 303 Corridor and the West Valley?s freeway interchanges has made it easier for global companies to move supplies between Arizona, California, and Mexico. As more corporations move into the area, others seem to follow. The success and growth along the 303 Corridor have led to it becoming a thriving industrial center. As more major employers are drawn into the area, industrial real estate demand is on the rise.

Previous Post
Do I Need Title Protection for My Arizona Property?
Next Post
The Arizona High Court Refuses to Hear Eviction Moratorium Challenge