Why Surprise, Arizona may be the Site of Your Next Real Estate Investment 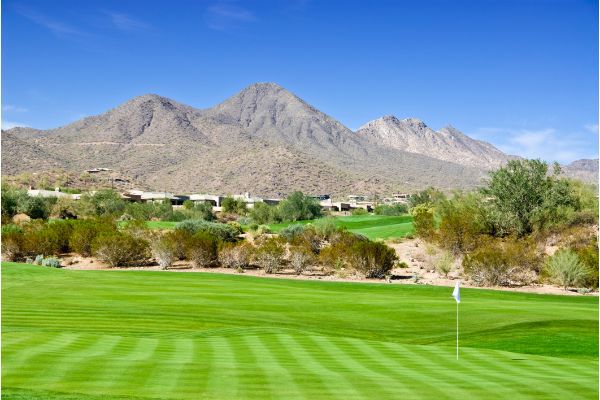 In Maricopa County, East Valley communities such as Scottsdale, Chandler, and Metro Phoenix have long been popular with those looking to invest in real estate. However, in recent years, the West Valley has experienced significant residential and commercial expansion, making it an attractive option for today’s buyers. One West Valley community worth considering is Surprise, Arizona.

Located on the border of White Tank Mountain Regional Park, West Valley’s Surprise, Arizona, is located just 45 minutes from downtown Phoenix. In 2016, WalletHub named this community the fifth fastest-growing city in the United States. Further, according to the West Maricopa County Coalition, over the next 25 years, 43% of the area’s growth is expected to occur in this part of Maricopa County. As more people relocate to the Phoenix area, housing is becoming increasingly scarce in and around metro Phoenix. However, Surprise has more residential options. Additionally, this charming town offers excellent healthcare, housing, and a superior quality of life for its residents. The secret appears to be getting out. According to a recent report, North Surprise saw a significant increase in home sales last year.

Numerous companies such as Amazon, Nike, Microsoft, Boeing, Conair, and Banner Health have established operations in the region. There are also several commercial developments and building projects in the area.

In addition to the recreational opportunities offered in White Tank Mountain’s Regional Park, Surprise is also home to the Surprise Tennis and Racquet Complex. This is the largest tennis and racquet center in the Southwest with 25 courts. For golfing enthusiasts, the community boasts seven courses. If you love baseball, Surprise Stadium is the spring training location for Major League Baseball’s Kansas City Royals and the Texas Rangers. The stadium is also home to several college baseball tournaments each year.

In 2014, Surprise was recognized as one of the top ten safest cities in the United States by Parenting magazine. In 2017, the Global Chamber of Phoenix named this community Global City of the Year. According to the city’s website, it has also been the recipient of numerous other awards including:

Surprise has several art and cultural offerings and annually hosts both the Surprise Festival of Arts and the Surprise Wine and Art Festival. The city also has numerous local restaurants and unique shops, parks, and local aquatic centers.

With Maricopa County’s booming population and economic growth, finding investment property in and around Metro Phoenix is not expected to simplify. However, in nearby Surprise, buyers can still find excellent real estate options and investment opportunities in this thriving community.

Previous Post
Does a Seller Have to Disclose if a Major Crime Happened in a House Before a Sale?
Next Post
Are Arizona’s HOAs Out of Control?